Farmer Bob came in from evening chores yesterday and pronounced that “The storm is officially here. It’s blowing like crazy on the Back Forty!”

All day yesterday we had blustery wind and just a few showers from time to time, but nothing scary, so I bagged up that quilt I’ve been working on for a wedding gift for a friend’s son and dropped it off at The Homeplace, where the wedding was to be later in the day. (That’s where I host our quilting retreats and is a wonderful place for a small wedding.) I’m really pleased with the quilt, and the bride and groom were, too. 🙂

I did the quilting, too. It was so relaxing. Here you can see a bit of the detail. (I won’t show you any mistakes. haha)

Farmer Bob said he’s proud of our livestock guardian dogs. He said they are all lying out in the middle of the fields on high ground where they can watch over the sheep, and the sheep have come out of the trees to stand in the open. I was worried about a tree falling on them, but sounds like they’re going to be okay. Often times, our visitors worry about the guardian dogs not having  dog houses to take shelter in, but they really only take shelter from hot sun. Rain and snow don’t seem to bother them at all. Even the young ewes that are now with the dairy goats would rather stand outside the barn than take shelter under the overshot. The sheep all stand with their backs to the wind and their heads down, just the way cows and horses do in a storm.

We have a local friend who makes whole smoked turkey breasts, and I always buy at least 4 when he has them, then I package them in halves and also freeze the bones. I made “ham & bean” soup to have something quick to heat up in the event we lose power, but I used the smoked turkey bones to make stock, and sliced some of the breast to go in the soup instead of using ham. There are lots of recipes on the Internet, so if you don’t know how to make this soup, just google something like Pennsylvania Dutch Ham & Bean Soup. I’ve made it for so many years that I don’t use a recipe any more. One hint I will give you is to be sure to throw a couple bay leaves in the broth early. And plenty of black pepper, which I normally don’t like on other things, but it tastes so good in this soup. Oh, and pay no attention to any recipes that call for tomatoes.

After I dropped off the quilt yesterday morning, I stopped in to visit my friend Sheranna. She’d offered me a signed copy of her book, and I took her up on that offer. I’d already bought a copy but gave that one to another friend. (This is a GREAT book to give as a gift!) It’s a wonderful devotional book written in a very fluid and interesting style. She’s a talented author and I know there will be more books to follow this one, but in other genres. If you want to check out Sheranna’s book, you can find it HERE on Amazon. We sat in her kitchen sipping on her homemade hibiscus kombucha far longer than I had intended. That friend that I gave her book to? She wants to learn how to make kombucha from scratch, and so do I, so Sheranna’s going to teach us how. I can’t wait. I love to learn new things! Here’s the cover of Sheranna’s book. 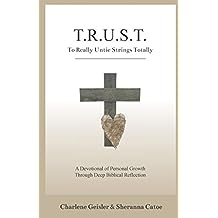 Two other friends stopped by the farm and visited for a while yesterday. One got some honey, another brought Farmer Bob some D size batteries. I guess we were all a bit nervous about the approaching storm and it feels good to connect with friends during a time like this, just to assure them that we are all there for each other and ready to help when and if it’s needed. I hope none of us ends up needing that help and now, with dawn brightening the sky a bit, we will shortly find out how much damage was done overnight. There is still more wind and rain on the way. In fact, the wind and rain are to pick up in intensity today. As my friend Dee Dee said, this is feeling like a month long hurricane.

This site uses Akismet to reduce spam. Learn how your comment data is processed.

We’ll be back at the Matthews Community Farmers Market starting Saturday, September 12th with all our cuts of our lean, pasture raised lamb meat. Call or text 803-804-3541 or email DebbieBinSC@gmail.com to place your order for pickup here at the farm or the MCFM, or to schedule a private guided tour of the farm.